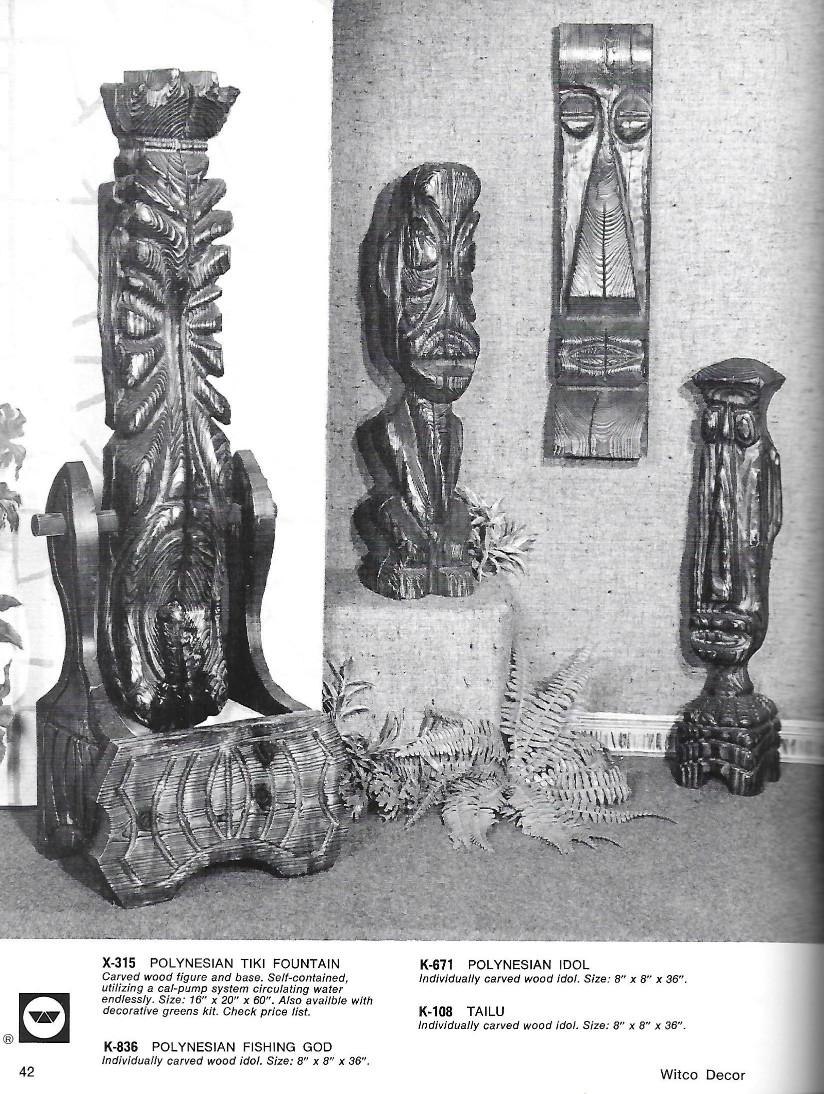 Start the new year off with a taste of Polynesia, Guemes Style! Kim Westenhaver will be presenting a profile of his father Bill Westenhaver, a long time resident of Guemes Island and co-founder of Western International Trading Company based in Mt Vernon, Washington.

Our presentation begins at 7 pm, January 8th at the Guemes Island Church. All are welcome to attend. The presentation will be followed by the GIHS monthly business meeting. Hope to see you there!

Bill, who was a cartoonist and graphic artist, found his niche as a home furnishing designer and maker. “Witco” specialized in satisfying the “Tiki craze” with a variety of Polynesian inspired products, beginning in the 1950's and running well into the 1970's. His work was sold internationally and included clients from all walks of life, among which were a variety of celebrities such as Elvis Presley. Bill, who passed away in December of 2016, had a special fondness for Guemes Island and his family continues to enjoy their island home-away-from-home along Guemes' West Beach. Join us as Kim shares his father's story.