Documentary Films At The Hall 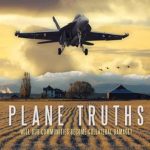 Recent expansion of Navy training activities in the Northwest has many local residents concerned. Community members on Whidbey Island, the San Juans, and the Olympic Peninsula are disturbed by an increase in noise caused by new EA-18G “Growler” jets based at Naval Air Station Whidbey (NAS)—and a proposed expansion of daily Growler test flights. On Whidbey, communities have been additionally impacted by water system pollution caused by chemicals used for firefighting on NAS landing strips.

The new 30-minute film Plane Truths explores a variety of perspectives on these issues from farmers, current and retired military personnel, environmentalists and other citizens of the affected areas. Viewers will learn how the noise of the Growler jets has affected daily life and business operations in many communities, the regional environmental impacts of expanded Growler flights and newly approved Navy training in Olympic National Forest, potential economic ramifications of increased Navy activity and associated population growth, and the status of—and Navy response to—water system pollution on Whidbey Island. Learn more 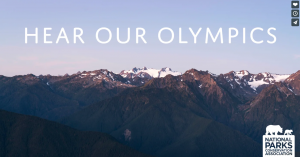 This documentary film was made in partnership with the National Parks Conservation Association as part of their Hear Our Olympics Campaign. NPCA recognizes Olympic National Park and its wild surroundings as a unique part of America's natural heritage. The park is a sanctuary, offering peace, solitude and the opportunity to enjoy rare quiet and the sounds of nature. The NPCA is encouraging the National Park Service to designate Olympic National Park as a certified Quiet Park to help preserve its wild character and rare soundscape.

The wild Olympic Peninsula is like nowhere else. It has been recognized as a national park, a wilderness area, an International Biosphere Reserve and World Heritage Site, and the quietest space in the lower 48. Yet, the park's rare and distinctive soundscape is threatened by new and unnatural noises: Navy electronic warfare training by jets in the skies over the park. Hear Our Olympics examines this threat and the challenges it poses to the park's soundscape as well as to U.S. military veterans.