Home » Blog » The Pelletts – A Lifetime Of Commitment 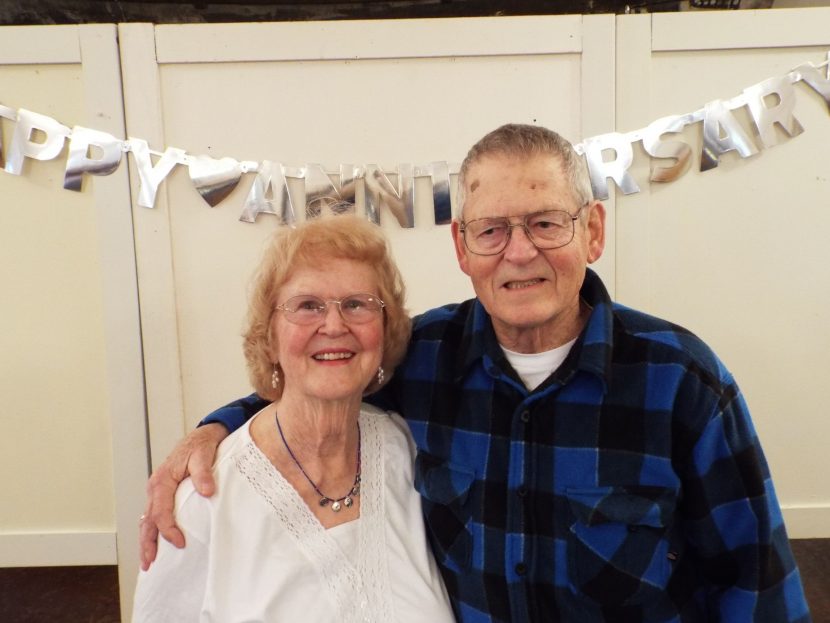 The Pelletts - A Lifetime Of Commitment

Carol and Howard Pellett know the meaning of commitment through 60 years of marriage and 25 years of community involvement on Guemes Island. Both, now 80 years old, are stepping back from most of their island leadership roles.

Stepping away from leadership roles does not mean the Pelletts will sit back and rest on their laurels. They plan to remain strong supporters of island organizations, projects, and personal causes. There will be more cherished time with family while enjoying their ocean view from North Shore. More time to knit, to walk the dog, and to watch the birds on the beach.

Carol was born in Washington DC and her family moved to southern California when she was a child. Carol and Howard met as teenagers while attending rival high schools in the Los Angeles area. Howard still speaks fondly of seeing the young blue-eyed beauty in the blue dress and Carol remembers his black convertible automobile, the dream of every southern California teen at the time. The couple found their soul mates in each other and married at age 20. Their family grew as they moved from California to Washington state with a brief stint in Alaska. Carol and Howard’s five boys still live in Washington, all east of Lake Washington.

Carol fell in love with Guemes Island in the late ’70s and she convinced Howard that they should purchase property on North Shore in 1979. After a career in administration at Evergreen Hospital, Carol was the first to retire and she moved to their new home on the island. Howard’s retirement followed in 1999 when he ended his long career as a senior agent with the IRS. The Pelletts wasted no time getting involved in the community and making many new friends. Howard credits Carol with setting the stage for their many years of service to the island.

The Guemes Island Property Owners Association (GIPOA) was an established island organization in need of new leadership. The Pelletts stepped in and have carried forward GIPOA’s work as a 501(c)(4) non-profit for over 20 years. GIPOA oversees the Betty Crookes Guemes Gold Scholarship Program that was formerly sponsored by the Guemes Women’s Club. Guemes students are recognized for their scholastic achievement and awarded scholarships that are funded by donations from individuals and organizations. Proceeds from the Fall Festival also help to fund this worthwhile program. Howard and Carol will hopefully pass the torch to new leaders as they step down from GIPOA this summer.

Shortly after Carol’s arrival on Guemes she saw the need for a library on the island. The ferry runs ended in the early evening and residents longed for access to a local library. Carol and Howard took on the challenge and helped raise the $40,000 it took to build a library addition onto the Community Hall. The Guemes Library is now brimming with books and resources and dreaming of future expansion. This 501(c)(3) library is run by a nine-member library board of which Carol is the president and Howard, treasurer. These positions are also being vacated, leaving big shoes to be filled.

Carol worked for 16 years as the secretary for the Guemes Island Fire Department. Howard again helped with fundraising that paid for the solar panels on both the Fire Hall and the Guemes Church. In past years they both served on the boards of the Guemes Island Environmental Trust (GIET) and the Guemes Island Community Center Association (GICCA). Carol can be found at the Church on most Wednesdays with a quilting group that stitches handmade quilts for donation to charities. She is seldom without her knitting and it is a lucky person who has a pair of her handknitted socks.

The Pelletts will continue their involvement with the Guemes Chamber Music Series. Carol serves on the board as treasurer. Howard helped facilitate gaining 501(c)(3) status for this organization and he also serves as a current board member.

With Carol’s love and support, Howard was able to overcome some personal challenges in his life. This led him to his volunteer work as a group facilitator with SMART Recovery, a self-management and recovery training program for alcoholics. For many years Howard traveled weekly to the Monroe Correctional Complex in Monroe, WA and the Criminal Justice Center in Everett where he counseled inmates. Howard no longer travels for this work but he continues facilitating SMART Recovery at a weekly meeting in Anacortes. He feels that helping people find their own path to recovery can be a lasting solution.

The Guemes community thanks Carol and Howard for their many years of dedicated service and for setting a high bar for community involvement.